The “Piton sans Nom” (Peak with no Name) 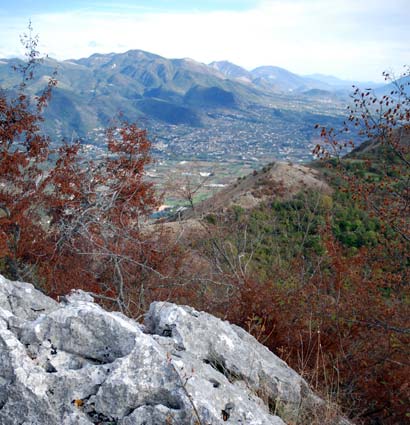 The Peak with no Name is the twin of hill 862 but with a slightly lower altitude.

As it had no number on the maps, the French called it the “Peak with no Name” in order to identify it in orders given to the men. It was Lieutenant Jordy who gave it this name, with Lieutenant Bouakkaz, in a conversation reported by Colonel Chambe in “Le Bataillon du Belvedere“. 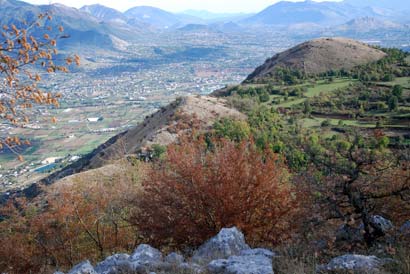 Now, the Peak with no Name and hill 862 can be approached by a path that is tarred for some of the way (which, apparently, did not exist 1944), but no path goes up to the summit of either. The climb across the fields is steep and difficult. It is clear that the men’s movements were sometimes slow and unfortunately easy for the Germans to spot, from their position on Cifalco.

There do not seem to have been any blockhouses, as the term is understood in France with respect to the fortifications along the Atlantic coast, but the German positions were surrounded by low dry-stone walls, some of which were reinforced with concrete. Some of these walls are still visible on hill 862 and the lower slopes. General Chambe sometimes refers to the existence of blockhouses in his book, but, in the light of the foregoing, it seems to be a generic description for the stone structures or shepherds’ huts that were converted into blockhouses, and this is now confirmed by Captain Cavallaro.